Many pueblos and towns of Oaxaca hold special memories and specific stories for me that have helped form the narrative for how I document and experience life here. One of my very first stories starts driving the long winding road to the town of San Dionisio, Ocotepec, where I spent my first week in Oaxaca capturing the day-to-day of mezcal production.

As you continue over the last hills beyond the iconic mezcal producing community of Santiago de Matatlan, the cacti-filled valley opens up dramatically as the road narrows, hugging the hillside. It is a beautiful stretch, but not for the faint of heart as infrequent and massive semis emerge round sharp bends, and make overtaking an art form.

Overlooking San Dionisio Ocotepec is a great pine on top of a hill, known as “El Cerro del Cruz,” because the branches of the tree are formed like a cross. Every year, on the first day of the year, the majority of Catholic people from the community make a pilgrimage there. Says Samuel Santiago Mendez, “The objective of climbing the hill is to ask for your wishes, your desires, your dreams or goals to be fulfilled.”

For many mezcal enthusiasts, it is often enough to travel to Santiago Matatlan and never venture any further. However, those who can travel the extra ten miles south west, have the opportunity to visit fantastic mezcaleros producing unique expressions that speak to the traditions and environment of their community.  Samuel and his family make Los Ocotales, in San Dionisio, a new brand that highlights both traditional practices and a future conscious emphasis on sustainability. “We respect the cycle of life of the earth and its environment!”

Arriving at the palenque

It was a fresh morning in early December when I once again returned to San Dionisio to visit Samuel and his family. A carpet of golden elotes drying in the sun greeted us as we arrived. Samuel led us to a beautiful plant nursery overlooking the mountains of Ocotepec, before showing us past the oven and through the distillery where we were introduced to his mother and father. Although their first language is Zapotec rather than Spanish, they welcomed us warmly, and Samuel took us into their tasting room.

Samuel himself is engaging and enthusiastic to discuss the community and practices of where he grew up and learnt his craft as a producer of artisanal, agave spirits (of course with many a taste to guide the subject).

As it was not long since the Day of the Dead our conversation quickly turned to traditions and culture. He described how during these days the community opens its doors. It is typical to visit all your relatives and godparents. Perhaps fourteen or fifteen houses, having a small meal at each. People from outside the immediate community are welcome, although he joked that many newcomers don’t pace themselves for the amount of food you are expected to eat to respect the hospitality of each household.

Ocotopec shares similarities with other towns in its vicinity, yet Samuel emphasized that it has unique characteristics, from governing and law enforcement to celebrations from its neighbors. Due to the dramatic valleys of the region, plant life is also particular to small geographic regions, which influences the myths and practices.

The community of Ocotepec and the name Ocotales refers to the ocote tree which is endemic to this region of Oaxaca. This tree, sometimes known as the Montezuma pine, is a species of conifer. Ocote wood is hard, heavy and can be used for construction. However, it is particularly appreciated for its resin, which is extremely flammable. Splints of the wood are traditionally used for torches and fire starters. Ocote can also be used for ritual and ceremonial purposes.

The importance of sustainability, and tradition

Traditionally ocote is harvested from fallen branches, or from parts of the tree that will not inhibit further growth. However as demand rises, less sustainable practices are becoming more common. This means that it is important for efforts to be made to preserve and support the regrowth of the ocote in this habitat. Samuel and his family are working with a reforestation project to conserve the flora and fauna of the region. Although they have struggled with the budget for tools and materials for shade and irrigation, this year they hope to expand on this initiative.

Although Samuel studied business for four years his passion clearly lies in conservation. When we arrived at the family run palenque, the first thing Samuel showed us were the new beds of agave seedlings. He remembered how it was his grandfather who taught him to tend to the plants – cutting thorns and stems to allow the team to pass through the beds. It was clear that this was a peaceful and poignant area for him, both literally and conceptually.

“One of our pillars is sustainability and conservation. We have a permanent program for the preservation of wild agaves. We try to plant a minimum of 20 agaves for each one we harvest.”  They also make an effort to plant in areas otherwise considered infertile, which is an important point as it means they are not clearing trees to make fields and eventually repurposing the soil in challenging environments.

The next pillar of their production is the recycling of the waste elements from the mezcal process which “are converted into biofertilizers for our agave nurseries”. This is typically done through denaturing the viñaza over time by adding ash to bring down the PH while bagaso fibers are used to keep the soil between plants covered, which is important for protecting it from overexposure to the sun. The family is also developing a project to make adobe blocks from these same waste products.

Visiting Samuel’s palenque came almost a decade after my first trip to San Dionisio and as with many towns along the southwest ‘ruta de mezcal,’ there have been impacts from the growth of the agave industry in the area. Speaking with him about how he perceives changes in the last ten years, he expressed that environmental impact is a worry, “since the contamination of the waste and residues of mezcal are in large quantities. Hopefully soon there will be programs or training for waste management.”

However, there are significant positives; “the maguey and mezcal chain has had great economic impacts in our community, the immigration rate has been dramatically reduced.”

Education and communication are important factors for Samuel and his family as they develop their product and brand. Their future goals are to continue with their current projects, while sharing knowledge and experiences with other mezcaleros and members of the industry.  “It motivates us a lot, because when people are more informed, they value our work and the effort that we entrust to mezcal more.”

Eyes on the future

The Los Ocotales bottle is exemplary of artisanal mezcal styling. A bold, but clean design with a graphic agave leaf-like form and ocote illustration, highlights information about the product and the pure liquid inside. Through the liquid you can see an emerging trend in mezcal, which is to show another image on the backside of the label, which in this case is the portrait of the particular family member responsible for that batch.

Describing the design choices behind the branding of Los Ocotales, Samuel said: “We know the effort, dedication and passion that the master puts into producing his mezcals, which is why its shown on the back of our label so that people can see the photo of who produces it.” Amongst the ever growing Los Ocotales range, there are batches represented by images of his father Pablo, brother Adolfo and his mother, Victoria. Currently Samuel himself does not feature within a label for Ocotales, as his responsibilities are more encompassing of the brand than a specific batch.

Although the brand is available through some online distributors, Samuel says it is important that their audience is aware that these individual batches are limited, as they do not produce in large quantities. Production has grown in recent years, with quantities of espadin rising to about one thousand liters per month, while the production of silvestres (“wild” agave) has risen from two hundred to about four hundred liters per month. However, “there are even batches (species) that we only produce once due to scarcity and the danger of extinction of agaves.”

At the end of our day together I asked him what he found to be his biggest challenges and achievements so far. He described his biggest obstacle when starting Los Ocotales, as a fear of failure. “We come from a peasant and worker family, so getting out of that mentality was very difficult. There was neither moral support, financial support, nor the specific knowledge for launching a brand. Especially one that would be able to compete with transnational brands which have large capital and extensive trade relations.

Sam explained how this fear of failure was compounded by feelings of uncertainty; of if they would be able to bring a product to market that fully represented their traditions and customs. Fortunately, perseverance and a strong work ethic created opportunities for them to present their mezcal to “wonderful people in spectacular places” that they might not otherwise have been able to meet.

“My mother always told us that if you are going to do something, do it well or don’t do it. I always had that in mind, so we always did things small but well and that has generated great impact.”

His personal mission is to share clearly what they do; how they work and what is behind the final taste – “a mezcal full of tradition and culture!”

Samuel describes his greatest achievement as getting to know each person that makes up the Los Ocotales team, be it packaging, sales, administrative, any area. “I always meet great people who are passionate about working with us. The objective of the brand is to safeguard the traditions and customs of our ancestors in the production of mezcal.”  As for Samuel, his personal mission is to share clearly what they do; how they work and what is behind the final taste – “a mezcal full of tradition and culture!” 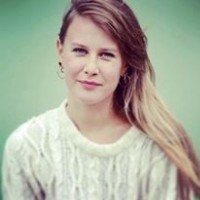