Home / Mezcal Collaborative / Is it time for a Good Spirits movement?

It was 2007, and after years of toiling away in corporate America, I’d reached the end of my rope. It had been years since I felt I was doing anything meaningful or that mattered and I made a decision to walk away and “work in food”. I always had worked at its edges, through volunteer projects, attending lectures and conferences about sustainable farming. I took side gigs in catering, traveled for the purpose of understanding other food cultures, trying to satisfy a life long curiosity to understand what and how other people ate. My father’s side of the family were farmers, and after my dad retired from the government, he returned to the land, farming an acre of land and selling the fruits of his labor – tomatoes and peppers were his passion – at a local farmers market. I was raised understanding where our food came from and to value it. I had strayed too far from my roots and was ready to return.

Of course 2007 was perhaps not the best time to quit a high paying job and start over. Economic collapse was just around the corner and I wanted to venture into food? So, I found a couple of freelance clients to help cover the bills as I tried to figure out just what working in food might mean, and I found myself landing in a revolutionary place, the organizing office of Slow Food Nation for a food event that would bring together a rag tag group of food justice warriors, food makers, chefs and farmers at the precise moment when the economy began crumbling around us.

My work from that event continued into other projects that helped rebuild excitement and interest around victory and community gardens. The Good Food movement, as it came to be known, focused on connecting people to where their food came from and why good ingredients mattered. We launched canning and jamming projects. We pushed forward conversations about provenance through Know Your Farmer and Farm to Table campaigns and celebrated farmers markets as centers of community activities. We helped raise the profiles of a new generation of butchers and food crafters and worked to get people to care about what they were eating. Imagine events where hundreds of children were given jars of milk and taught how to shake that into butter, or taking part in a krautathon where you could learn the simple techniques of fermentation by making your own jar of sauerkraut. We helped connect chefs directly to farmers so they could showcase the best and freshest ingredients on their menus. It was heady times, with the tough economic circumstances inspiring creativity and entrepreneurship.

And while many of the Good Food ideas became commonplace in the mainstream, the harder work remains, changing an entire food distribution system that has become ever more focused on efficiency and cutting costs, and a culture that has focused more on fetishizing what’s on a plate for a pretty picture rather than what it took to get that meal on a plate. There is a lesson to be learned here as Coronavirus reveals that incomplete work – farmers who no longer have markets for their products due to a crushed hospitality industry (and a distribution system that can’t redirect it to consumers), sick and dying workers in fields and meat factories, to name just a few. The one bright point, people are cooking again, which for me is always a wonderful thing.

I write about this because, now, like then, I think there is opportunity to upend how we as a culture approach alcohol. I previously have remarked that I am fascinated by the tendency of people who care so much about where their food comes from giving little thought to what they are drinking. I fell in love with mezcal because it was the perfect cross section of everything I was interested in – agriculture, provenance, history and people. That it also was an economic development engine was just an added bonus. And out of this, Mezcalistas (and the Mezcal Collaborative) was born with the very simple purpose of getting people to love mezcal as much as we do. But, unlike with the Good Food strategy of engaging consumers to care about what they were eating, we initially focused much of our energy on industry people – to engage and empower them to be the cheerleaders for a beautiful craft product. And it worked, it worked so well that almost 80% of mezcal sales were driven by those bartenders through on premise sales. The sudden collapse of that market has changed the entire landscape, and the fact is it will not return any time soon.

Early indicators of what a retail sales market looks like for the category are not good; it is not good at all for any spirit company operating in the craft space. This is due to a wide variety of reasons but the three (or four) tier distribution system in the US is the greatest impediment. The pandemic has only highlighted what we already knew – it is a big boy market dominated by volume at a low price. So with the usual evangelists of craft spirits now no longer there, people have reverted to what they know and what is cheap and that sadly is not craft spirits.

This is heartbreaking because in spite of all obstacles, the aforementioned distribution system in the US being the primary, craft wine, beer and spirits have made tremendous inroads in the alcohol market. This has been due to grassroots efforts and the perfect storm of three different things: story, provenance and a desire for authenticity in a world that has become increasingly homogenized and commoditized. US Craft Spirits accounted for almost 4.6% of alcohol sales, or $3.6 billion dollars in 2018 and was projected to grow at least 30% year over year through 2023. Craft beer market share by volume grew to 13.6% and 25.1% in dollar share ($29.3 billion) in 2019. And of course 2019 saw the mezcal category’s biggest year yet with more than 4.7 million liters of mezcal exported, or a 35% growth over 2018. These are not insignificant numbers and are proof points of the perceived value of the products in the market.

Before the pandemic hit our shores, I had been thinking alot about how the mezcal category needed to re-approach how we were educating consumers and make it as simple as possible. This came out of the Spirited Conversations talk we had in February about the business and ethics in choosing a cocktail mezcal. Those of us in the mezcal world have a tendency to dive into the weeds when talking about it which is wonderful but also, overwhelming for the non-obsessed. This was the question I posed to the industry after that talk: What are the ways in which you can more clearly articulate to a customer why they are being served what they are being served so that eventually, they will care as deeply as you do about what is in their glass?

That question is even more relevant now, without bars and restaurants people just aren’t sampling new mezcals. We need to keep the people who have tried mezcal engaged and buying products. So how do we pivot amidst the challenges presented and survive when unemployment could hit 25% and perhaps the last thing on anyone’s mind is spending dollars on a premium product? It is a tall order to get people to care, and so I find my thoughts returning to my days working in the Good Food movement and how we could use that model and those successes to build a Good Spirits movement.

Welcome to the things that keep me up at night – the existential angst is real, and I am pretty sure I am not the only one feeling this way. 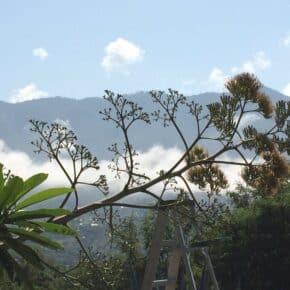 Is it time for a Good Spirits movement? 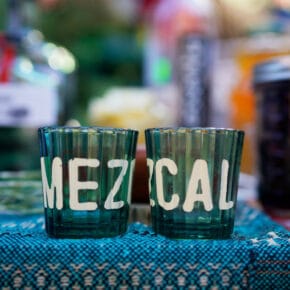 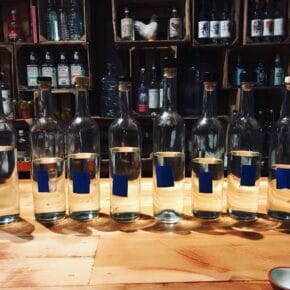