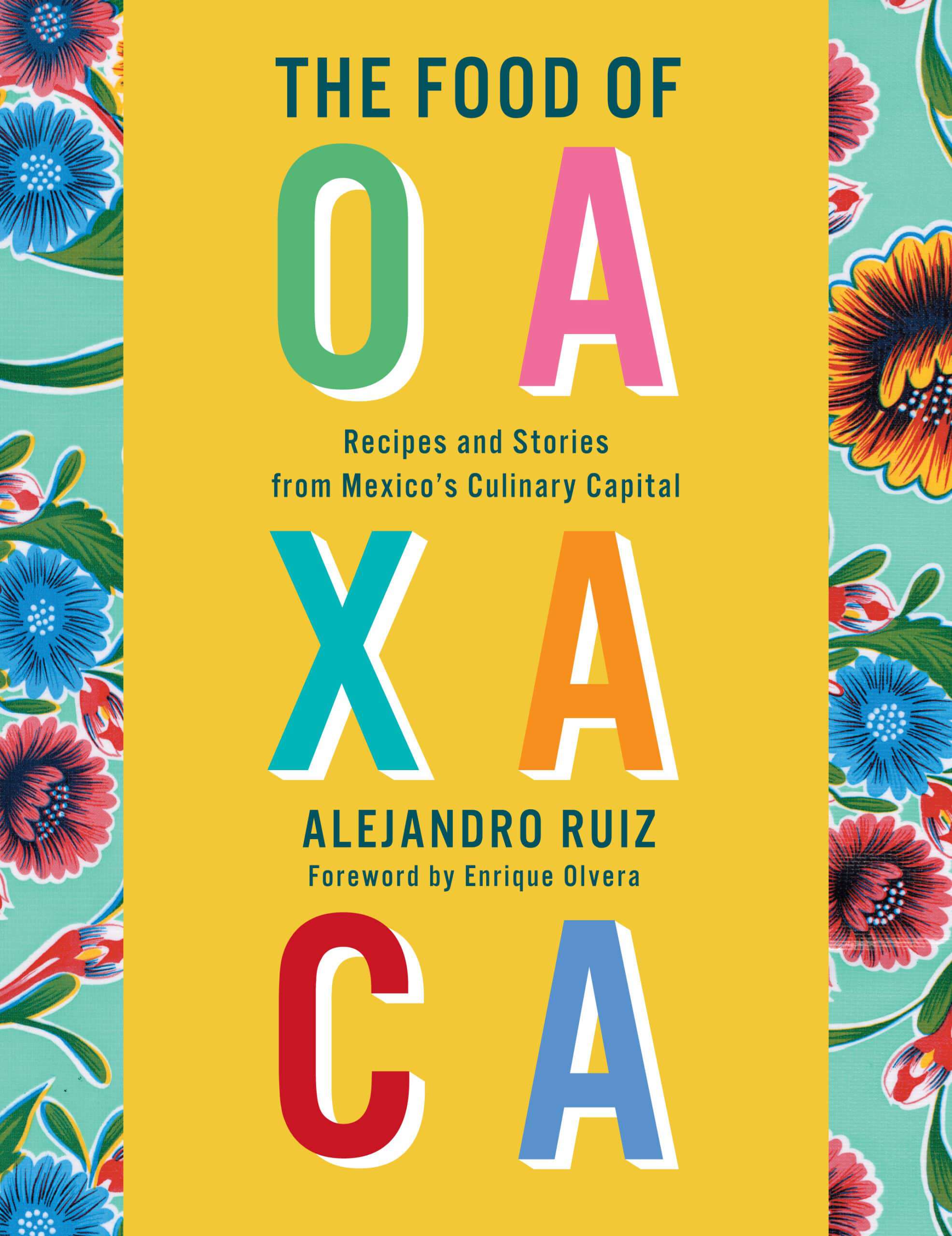 Alejandro Ruiz’s “The Food of Oaxaca” is the most grounded and emotionally direct cookbook that I’ve read in quite some time. The book traces a life, a culinary philosophy, and the course of ingredients into recipes that will light up your table. This isn’t one of those exercises in culinary carpet bombing, you won’t find an exhaustive list of Oaxacan recipes here, but you will find a guide to the foundations and how to weave them into classic dishes like moles as well as the new guard like jicama tacos.

Alejandro weaves the story of his life’s tragedies and creative work into a narrative of culinary development. You can follow along like a novel of recipes or use it to learn how to cook Oaxacan. The most amazing thing is just how applied and practical his recipes and guidance are because – more than anything else – this is a profound reminder that all cooking is an expression of living culture. It’s a craft that embraces all the senses and a fundamentally spiritual expression of connection with the past while carrying it forward to the future and everyone around you.

For those that don’t know, Ruiz launched Casa Oaxaca in 2003 right smack in the middle of Oaxaca and it has been a local institution ever since. The rooftop patio overlooks Santo Domingo, the city’s main cathedral, with one of the best views in town. If you ever get the chance dining there really is a life experience. The menu is a combination of perfectly executed Oaxacan classics and dishes from the new guard that expresses the essence of local ingredients in new culinary ideas. Since Casa Oaxaca Alejandro has opened three other restaurants in Oaxaca – Casa Oaxaca El Restaurante, Casa Oaxaca Café y Restaurante, Oaxacalifornia – and a fourth – Guzina Oaxaca – in Mexico City. He, and the chefs that have flourished through his kitchens, are a key component of the new Mexican cooking that draw tourists from across the globe and the plaudits that go with it.

And that has always been well merited because he was one of the first people in Oaxaca to put local cuisine on a stage that properly valorized it. Since then there have been many additions but Casa Oaxaca has more than held its own. That staying power is about more than prime location because Alejandro lived a life that brought him full circle from growing up on a farm just south of the city of Oaxaca to losing his mother tragically, wandering along the magical coast, reuniting with his siblings and ultimately returning to central Oaxaca to work through the restaurant world and ultimately produce Casa Oaxaca. His investment in the place, the restaurant and the culture that defines it, is felt in everything he does including this book which is redolent with experience.

Alejandro’s rootedness in a culture that, as he puts it, “doesn’t belong to any one person but rather to everyone, thus demanding great respect.” And it’s that latter clause that so often gets lost in the mix because the recipes and ideas about life come from a very well defined set of people and places. Get rid of one or even a component of one of them, and you alter the matrix.

So often with cookbooks it feels like the whole universe is at your finger tips, just hop into Whole Foods and you can bring a menu to life because it’s all there to choose from, Scandinavian spice mix will bring Copenhagen’s Noma to your table. As brilliant as that fantasy is, it’s also treacherous because it negates the importance of the real connection. Putting the time in, understanding the uniqueness of that place, respecting it for what it is and knowing that you can never have it at home. This book manages to give you that experience which is a true feat. As with any cookbook photography is a major part of that and in this one the equilibrium is struck between shots of the beautiful dishes which nevertheless give you crucial preparation cues and the really luscious shots of street life which bring the kaleidoscope of Oaxaca alive.

But what about the food?

This is a cookbook, as such it’s a great guide for how to engage in Casa Oaxaca’s identity and more generally Oaxaca as a whole. Even if Alejandro says that “codifying these recipes goes against their essence” in the introduction he gets down to business with the recipes and provides direct applied instructions as well as a more general guide to how to apply them. Fittingly the first recipe is for masa so that you can at least understand the foundation of Oaxacan cuisine – don’t be thrown by it because it’s so basic that it is actually easy as long as you invest a little time and intention – the rest flows from that.

Even if you don’t want to nixtamalize your own corn he then shows you how to use the masa that you buy pre-made or, gasp, from Masateca. All the basics are here, tortillas, memelas, molotes, once you start you won’t be able to go back. Through it all Alejandro’s calm voice guides you along and opens doors. Ever wondered what to do with all those amazing herbs and peppers in Mexican markets? He’s your guide.

One of the more interesting features of this book is that it’s divided into three, Oaxacan classics, coastal recipes, and more contemporary ideas from Casa Oaxaca the restaurant. The coastal recipes are the sort of thing you might find at Contramar and are delightful for their light, fresh, simplicity. If you have ever wondered about some mystical link between Italian and Mexican cuisines this chapter goes a long way toward telling you that both focus on elevating fresh ingredients to their justified apex. The Casa Oaxaca recipes are where things can get challenging, again it’s more a matter of taking the time to make these recipes than them being out of reach, and the results for dishes like Duck Garnachas will blow you away while the refreshing approach to simple classics like an heirloom salad are gentle nudges out of culinary ruts.

Scattered throughout the book Alejandro plants essays that add context, history, and depth to the whole endeavor of Oaxacan cuisine. These aren’t simple digressions but among the most succinct treatises on how restaurants an our world world. Take the essay on talent that is explicit about how restaurants raise up the cooks, bartenders, and people who put the host in hospitality. Restaurants really are one big incubation system for the future of food and drink as well as cultivators of professionalism in hospitality. But the way that Alejandro guides us through the importance of this role and specifically names chefs current and past is refreshing. It defines how that often slippery word of community actually operates.

These essays are some of my favorite in the book because they transport you to what is special about Oaxaca while providing special insight to guide you in the kitchen. Fittingly for Mezcalistas, mezcal makes many an appearance in discussions about local fiestas, the ideal night at Casa Oaxaca, and a special little section in the conclusion. But there’s also a really fun guide to where Alejandro eats and wants you to visit when you come to Oaxaca. I’ve been to a few of these spots like the classic Tacos del Carmen Alto in downtown Oaxaca but I’m dying to try others like Tlamanalli. This is great for a cookbook so grounded in place like this one but it feels like a feature that should be in every cookbook so that you can join the author where they love to eat and gain more insight into where they come from through their favorite meals. 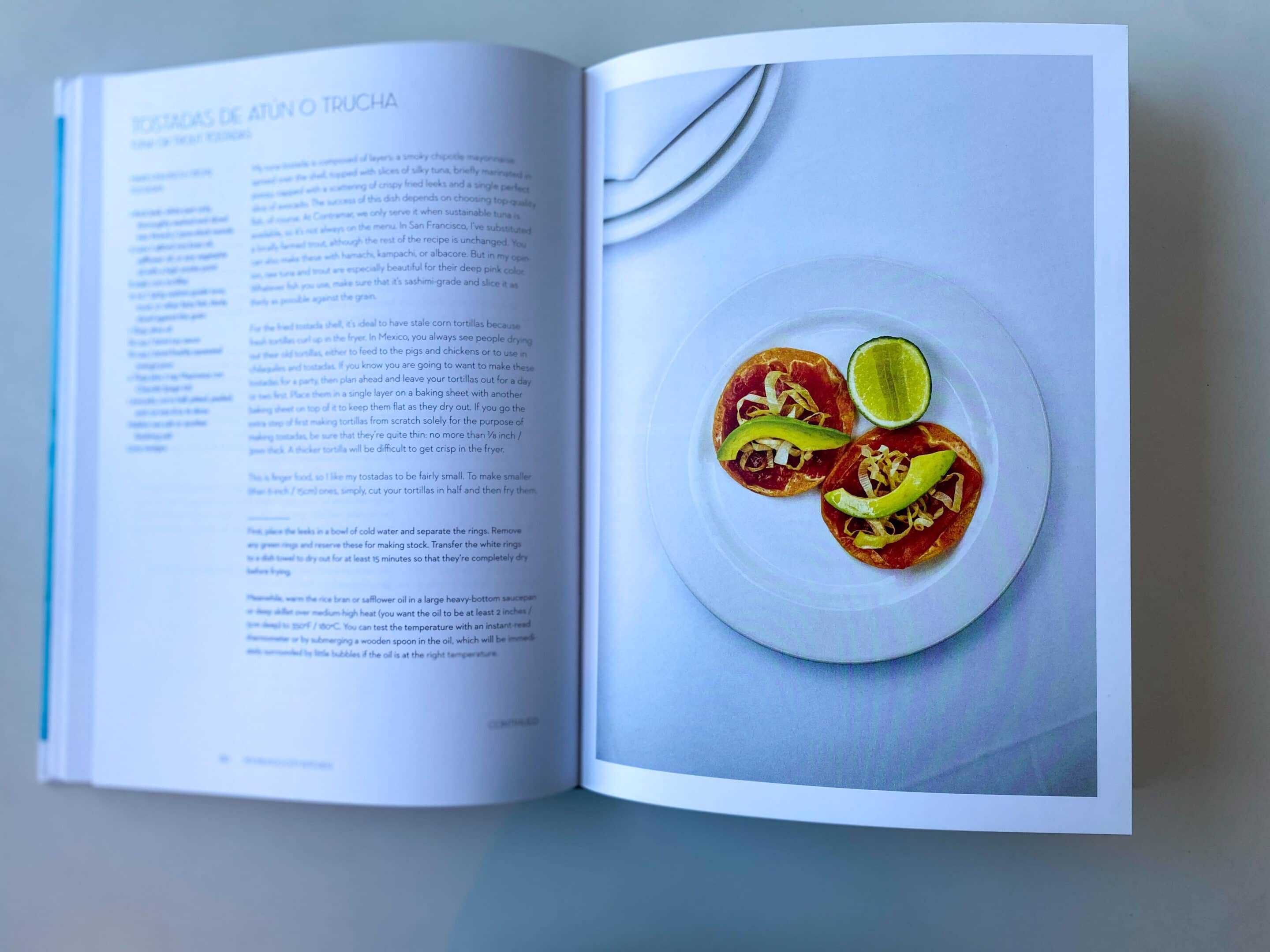 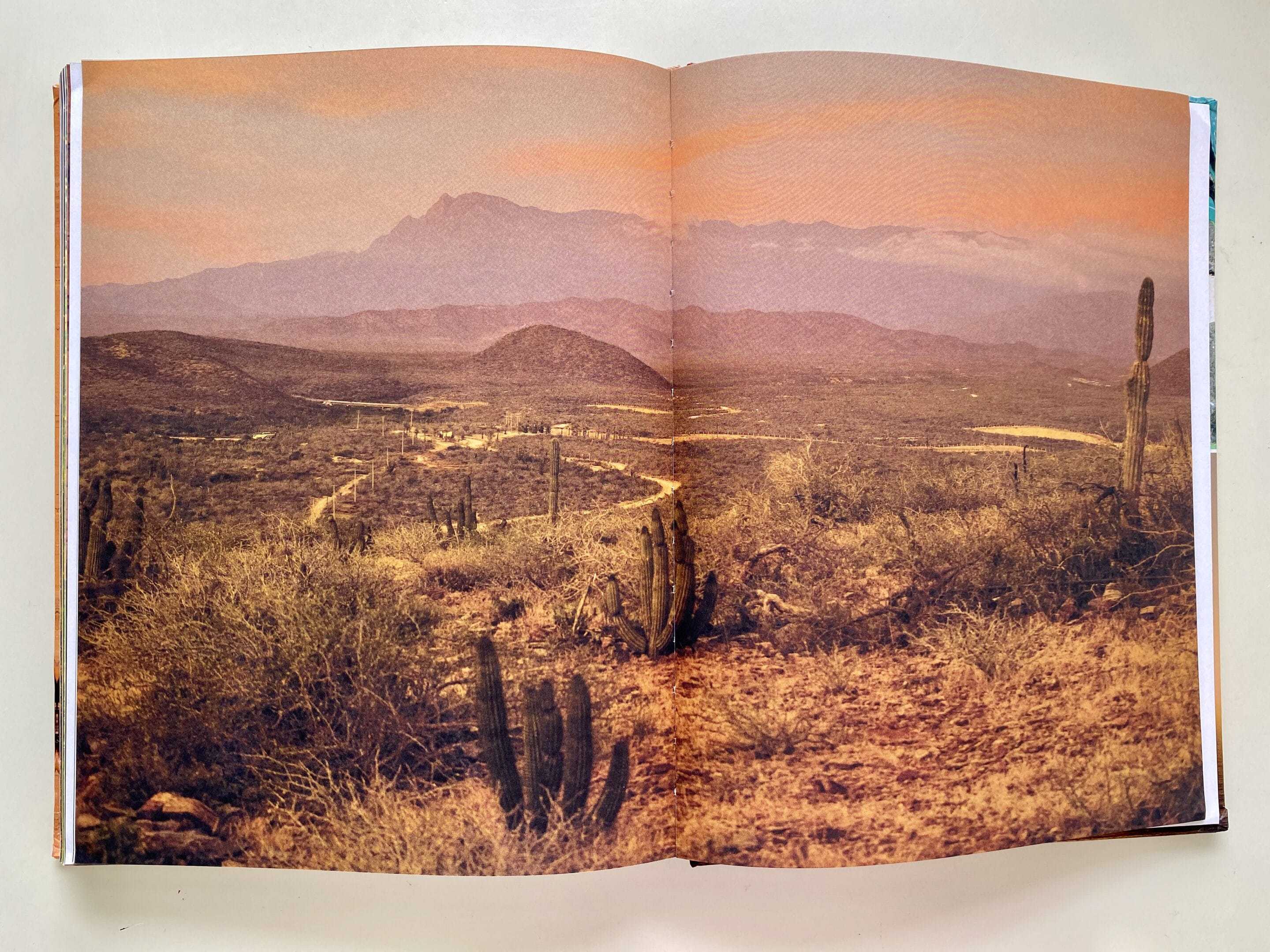 Mexico in a Bottle Returns!

Join us June 13th for a virtual extravaganza!