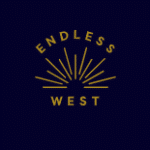 The CRM’s focus on chemistry in mezcal may not be that misdirected because there’s a gold rush on for synthetic alcohols. Check out this Verge article about Endless West’s pivot from synthetic wine to whiskey even if their logo has a very distinct resemblance to the abstract graphic of an agave used by Chicago’s Quiote. There’s even a connection to the appellation question but for Endless West, it’s all about sustainability…

But why make fake wine and whiskey at all, except as a novelty? Those associated with Endless West say its procedures uses less water and less land. Lee thinks that Endless West will ultimately either meet or surpass traditional wines and spirits with their offerings, using a method that’s more cost-effective and environmentally sustainable. (This is also the pitch behind the Impossible Burger.)

“If things that we are doing were not necessary for the environment, we would not do it,” he says. “As a brand we are telling stories that no one has told before: there’s craft behind science; we’re not evil mad scientists behind the curtain.”

THERE ARE AT LEAST SIX COMPANIES ATTEMPTING TO SPEED UP THE PROCESS OF MAKING SPIRITS, AND EACH USES DIFFERENT METHODS.

In fact, Endless West has a great deal of competition when it comes to unusual alcoholic beverages. There’s a Denver-based company that calls itself Replica Wine because its unabashed MO is to replicate higher-priced, high-profile wines using scientific techniques, purchased grapes, and blending regimens. Replica is trying to make its wines taste like the higher-priced thing, but at half the cost to the consumer.

Tequila vs Mezcal: Everything you need to know