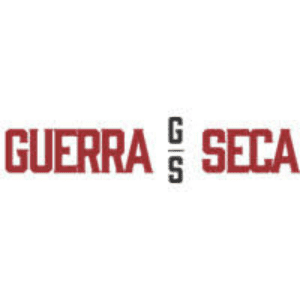 Guerra Seca Sotol is produced in Chihuahua Mexico using a  selection of mature sotol plants, harvesting with an ax, underground cooking, distilled in a copper alembic with mood bottom. All process is fully handmade, from harvesting to labeling. The name Guerra Seca comes from the era known as the Dry War.

Sotol, as a fermented beverage has been produced by Raramuris (Chihuahua’s Natives) since 205 AD. With the Spanish arrival to the new continent, this beer-like drink was distilled to obtain the spirit of the desert.

In 1905 the state of Chihuahua produced around 475,000 liters of Sotol each year. Sotol distillate was used as a tonic, anesthetic, and intoxicant.

Villain and hero Pancho Villa, one of Mexico’s most famous revolutionaries, was a teetotaler. Concerned with Mexico’s alcoholism, Villa prohibited alcohol production in Chihuahua, Sotol’s hometown of him, with the death penalty.

Villa burned distilleries, killed Maestros Sotoleros (distillers), and emptied the barrels on the streets. Sotol producers went underground, producing sotol in mobile distilleries and hiding from Villa’s troops in the Chihuahuan desert. Amidst the Mexican revolution, a sotol fueled dry war raged on many fronts.

In 1920 the Volstead Act went into effect banning the production, importation, transportation, and sale of alcoholic beverages in the US. Al Capone began smuggling Whiskey and Sotol from Mexico to supply America’s speakeasies.

Only in 1920, the entry of 400 thousand North Americans was registered, who came to Mexico in search of fun. Its most notable visitor was Alphonse Gabriel Capone, commonly known as Al Capone, who came to the New Tivoli bar in Cd. Juarez, Mexico causing a stir.

After US prohibition ended in 1933, American distilleries came online and reduced the need for Mexican whiskey. The Mexican government saw the tax-generating whiskey industry experience a glut of supply and reduction of price. Instead of reducing whiskey production to reduce domestic liquor supply, the Mexican authorities began a campaign to reduce the production and sale of Sotol, calling it a drink for «senseless and rude poor people». The government brutally cracked down on the sotol industry, burning distilleries and arresting or killing producers. Sotol remained illegal in Mexico until 2002.

Guerra Seca Sotol is produced in Chihuahua Mexico using a  selection of mature sotol plants, harvesting with an ax, underground cooking, distilled in a copper alembic with mood bottom. All process is fully handmade, from harvesting to labeling.