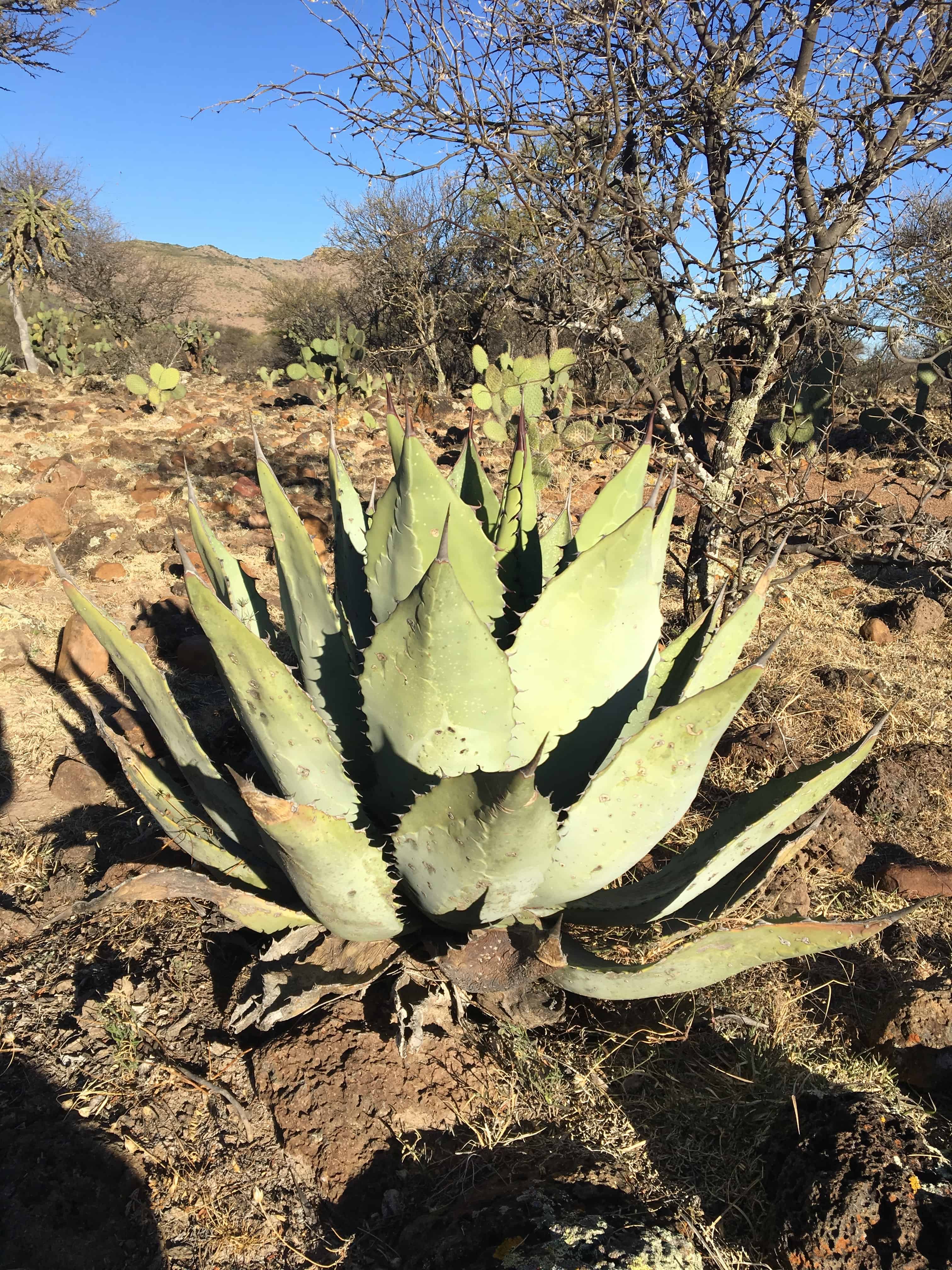 The Durangensis species is most commonly grown in Durango where it’s known as Cenizo. It also grows widely in Zacatecas where it is used for both pulque and mezcal. It likes pine and oak forests as well as desert landscapes.

Its pencas are wide and concave in shape and gray/green in color. Each penca is surrounded by large and prominent needles. It can grow up to four and a half meters or 13 feet. It flowers from June to November and reproduces via seed and hijuelo.

Interestingly, in Oaxaca an Agave americana can also be called Cenizo.

Agave durangensis, often called Cenizo, is commonly grown in Durango and its pencas are wide and concave in shape and gray/green in color