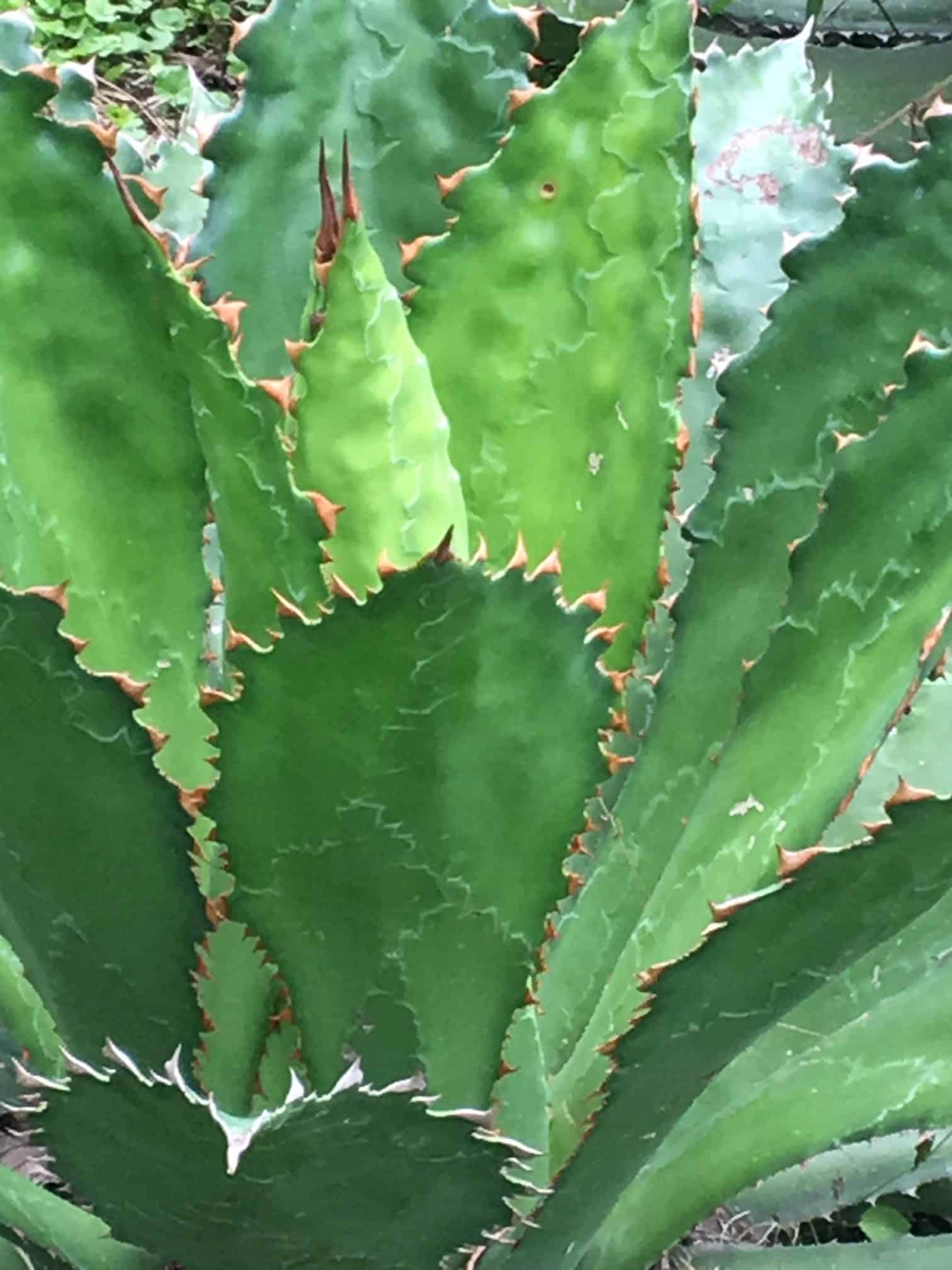 The Cupreata grows primarily in Guerrero, Michoacan, Puebla and in parts of the Oaxacan Mixteca in pine and oak forests, pastures and palm forests. The pencas are large and wide and bright green in color. Each penca is surrounded by needles which are slightly curved and the color of copper. It can grow up to six meters or 19 feet and flowers between January and March. It reproduces by seed, and while some semi-cultivation projects are underway, it remains at risk of being over harvested.

Cupreata is one of the more confusing names in the agave world. Varieties include Papalometl, Papalote, Ancho, papalome, chino, yaabendisi (mixteco), cimarrón, tuchi.

Clearly it is one thing in Michoacan and Guerrero where this short and stubby agave is the source for many full bodied mezcals. A common local name is “papalome” or a variant which comes from the Nahuatl for “butterfly” because of an alliterative resemblance. The same cupreata is made into mezcal in the Oaxacan Mixteca Alta and potentially other states. But the name “papalometl” can also be used for different agaves in different areas. In some areas of Oaxaca papalometl refers to Tobala which can be very confusing.

The Cupreata grows primarily in Guerrero, Michoacan, Puebla and in parts of the Oaxacan Mixteca in pine and oak forests, pastures and palm forests.