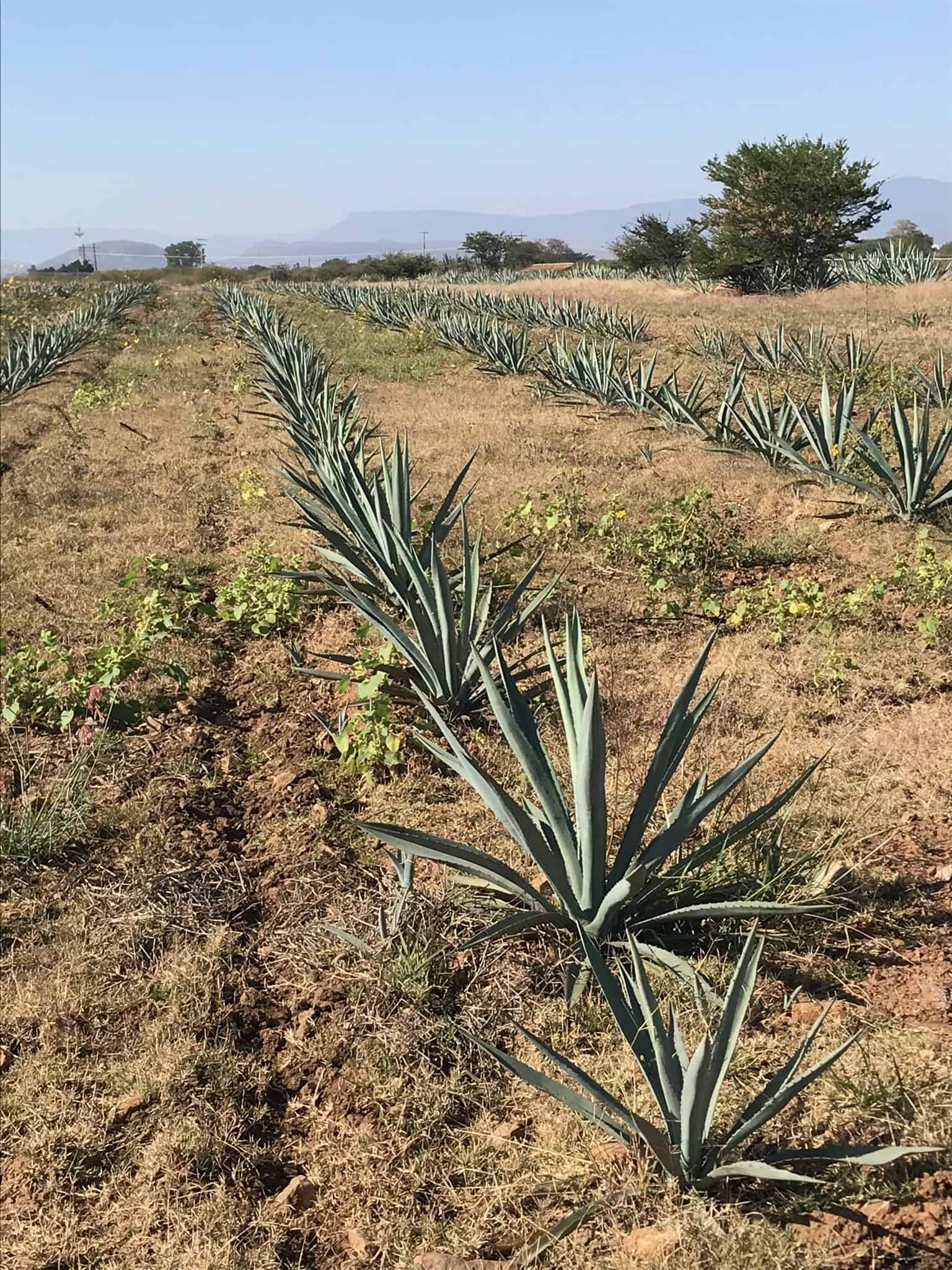 The king of mezcal agaves, A. angustifolia is not only the species responsible for the vast majority of mezcal because it grows so fast with a high sugar content, but it’s also the parent of tequila agave which might more properly be called A. angustifolia subspecies tequilana. Angustifolia or its antecedents is found throughout Mexico and we continue to learn much about it today through new genotyping ventures and field research.

The pencas are long ad narrow, the color a deep to grayish green. The needles at the top of each penca and are relatively small though very sharp. It can grow up to five meters or 16 feet. Its quiote generally flowers from January to May in the north and from July to October in the south. It reproduces via seed, bulbilo and hijuelo and matures in about seven years. It can be easily cultivated.

Given that it grows across such a wide expanse this species seems like it has naturalized in many environments and, in some cases, may be a distinct variety or may just have changed significantly given local ecological situations. Two examples seem to be A. angustifolia var tequilana and A. angustifolia var yaquiana though there may be many more and we will only be able to understand the true complexity of this discussion with more field and genetic research. The wide dispersal of this species also means that the many cultures across Mexico know it by a wide variety of names including Espadin, Delgado, Alista, Berraco, Zacatoro, Prieto Apanguero, Apanguero, Bacanora, Pacifica, Tepemete, Chico aguiar

In Durango and Zacatecas it can be known as Tepemete. Espadilla or Doba-yej in Puebla. A variety or cultivar of angustifolia called Berraco in Guerrero. This may be the same agave as Zacatoro. Castilla is a name for a variant grown in Durango. It may also be the parents of the Henequen agave.

The king of mezcal agaves, A. angustifolia is responsible for the vast majority of mezcal because it grows so fast and has such a high sugar content. It can be easily cultivated and "only" takes seven years to mature. The most common variety in the species is the Espadin.