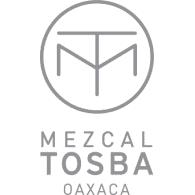 Mezcal Tosba is a micro business founded by two cousins from San Cristóbal Lachirioag, in the Sierra Norte of Oaxaca. As migrants living in Silicon Valley, CA in 1999, they were inspired and influenced by the entrepreneurialism that surrounded them.

Their driving interest was to create a business in the hometown that would provide jobs for the people there as so many had left the village to find work elsewhere in Mexico or in the US.The one cousin Edgar Gonzalez Ramirez returned to Oaxaca to plant agave and to learn how to make mezcal, while the other cousin Elisandro Gonzalez Molina remained in the US, learning more about the spirits market for when it came time to launch the product into the US.

Tosba is Zapotec for “only one” because when they set out to create their brand, they were the only active mezcaleros in the area. The farm and palenque are the results of years of hard work and study of biodiversity and sustainability. They plant significantly more agave than they harvest, and grow predominantly from seed—hundreds of thousands of plants are now in the nursery, with a wide diversity of varieties. They primarily use driftwood to smoke agave and sustainable biomass like peat moss to heat the stills, all in an effort to combat deforestation.

Every step of the process, down to labeling and bottling, is done locally and by hand. The goal of the project and brand is to benefit the future generations of the Sierra Norte.

Journey to the Sierra Norte

Founded by cousins Edgar Gonzalez Ramirez and Elisandro Gonzalez Molina, Mezcal Tosba is produced in the Sierra Norte of Oaxaca.