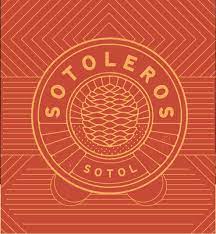 Across certain parts of northern Mexico, the tradition of distilling sotol often incorporated the distillation of agave as well, known broadly in the region as lechuguilla – a missing link between sotol and mezcal. Ricardo’s new project Sotoleros spotlights small regional distillers at viñatas across Chihuahua, many of them holdovers from the his Clande days. Through Sotoleros, Ricardo sources microbatch distillates of both sotol (Dasylirion) and lechuguilla (Agave) as well as the occasional blend of both – an otherwise lost tradition rarely seen within the commercial category. The producers maintain traditional production techniques on an intensely small scale, with releases rarely exceeding 70 bottles.

Sotoleros is a new project from Ricardo Pico, the co-founder of Clande, a cooperative of Sotol producers which colded in 2020. Sotoleros showcases the depth and variety of Sotol.