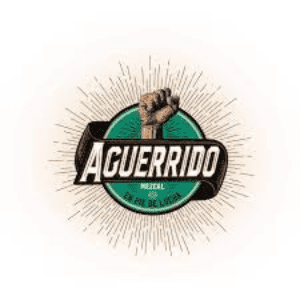 Mezcal has a long tradition in Guerrero and Don Ciro, Don Refugio, Don Antonio and Don Tomás and have been making mezcal for more than 40 years in Chilapa, one of the main municipalities located in the low mountain region of Guerrero. Until last year, they were members of Sanzekan Tenmi, a collective of producers in Guerrero that was created in 1990. Recently the four producers decided to start their own project based on the same principles as Sanzekan where every member and partner would be treated equally and earn a fair income. Thus was born Aguerrido.

The name Aguerrido means fierce or courageous which is simply how the founders see themselves: as brave people able to adapt to life’s events, because they believe in who they are and what they do.

Mezcal season in Guerrero begins in February and goes until mid-June when the rain signals it is time to take care of their milpa. The four producers live in different areas near Chilapa and produce mezcal in a similar manner. They also share values when it comes to how to manage their environment and manage agave. Their mezcals are double distilled in copper stills, using the heart and tails to reduce the alcoholic content to somewhere between 48 and 52 ABV. They roast the agave in conic ovens using Encino oak and a gas-powered mill to turn the agaves into bagazo. The fermentation takes place in wooden vats, Don Tomas explaining “they say you have to use the best wood quality available, so they provide a good flavor to the mezcal, we use ayacahuite (Mexican white pine).”

Agave Cupreata, also known as maguey papalote, is endemic to the region. They harvest both wild and semi-cultivated.